Eleven East Cheshire Ramblers boarded the train at New Mills Central Station for the short journey to the start point of our linear walk in Edale. Leaving the train we followed the procession of other walkers, who were starting along the Pennine Way. There was no need for a map at this point as it was just a case of follow my leader. We all went up Jacob’s Ladder, which was named after Jacob Marshall, who created the original stepped path on the pack-horse route during the 18th century. From the cairn at the top of the steps, there was still quite a steep climb up to a division of paths. Then, the hordes went northwards, whereas we continued southwards using the “yellow-brick” road of paving stones, which line this path along the edge of Brown Knoll. This path gave us lovely views of Kinder and the valley beneath us. Reaching South Head, we joined the Pennine Bridleway for a short time, before turning to the south-west, crossing the Hayfield Road and taking the path passing Peep O’Day. Allegedly this interesting name comes from the position of the small window above the porch of the house. In the early morning sun shines through this window onto and down the stairs. From here, we climbed up passing Hills Farm and onto the moors. Descending towards Hayfield, we caught our first view of Kinder Reservoir in the distance. Our route then veered south-westward, past the radio mast and over Ollersett Moor, before going via Shedyard Clough, down to the River Goyt and eventually joining the Mid-Shires Way. From there, our route was flat along the riverside and over the Millennium Walkway. About half of its 125 yards length this walkway hugs a tall retaining wall, before running along pillars rising from the river bed. It was then just a short, steep climb back to our starting point at the station. 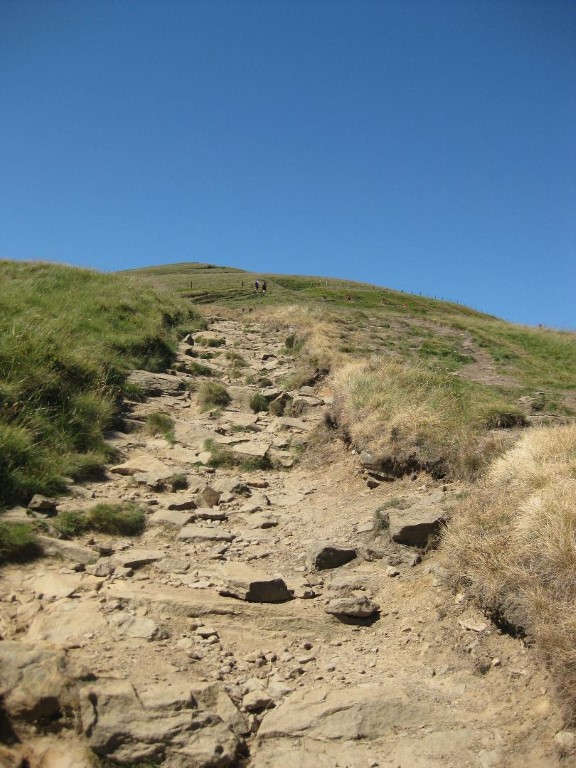 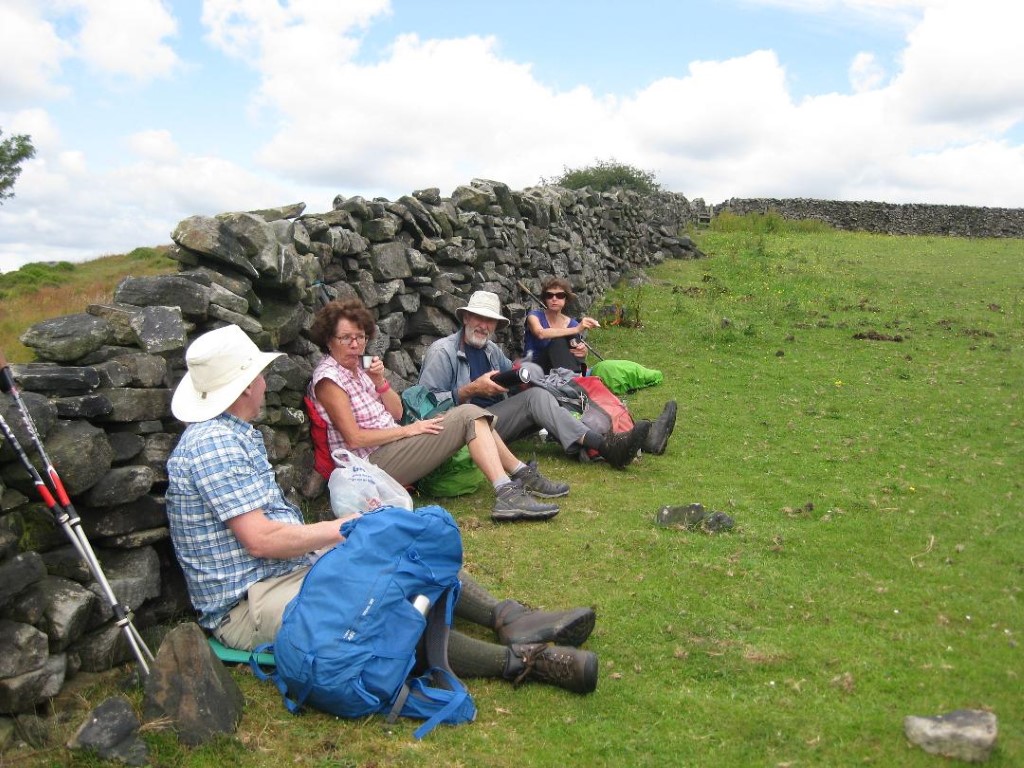 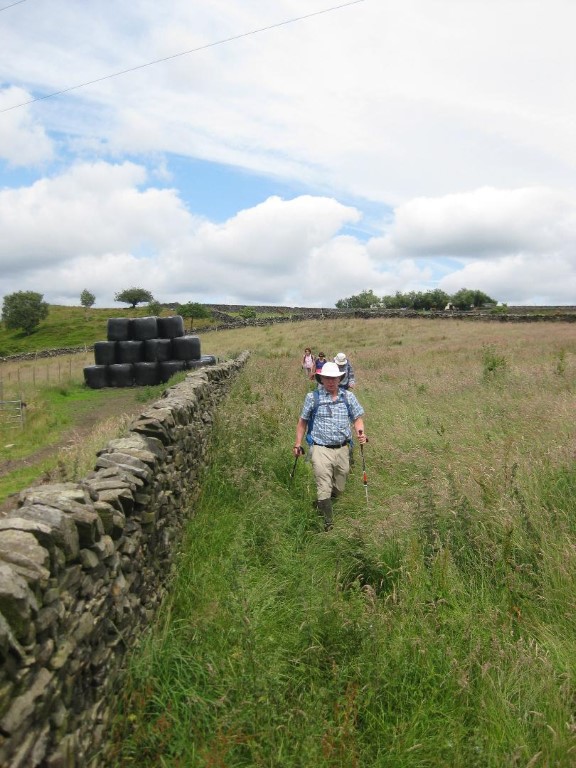 Going through long grass towards the end of the walk.