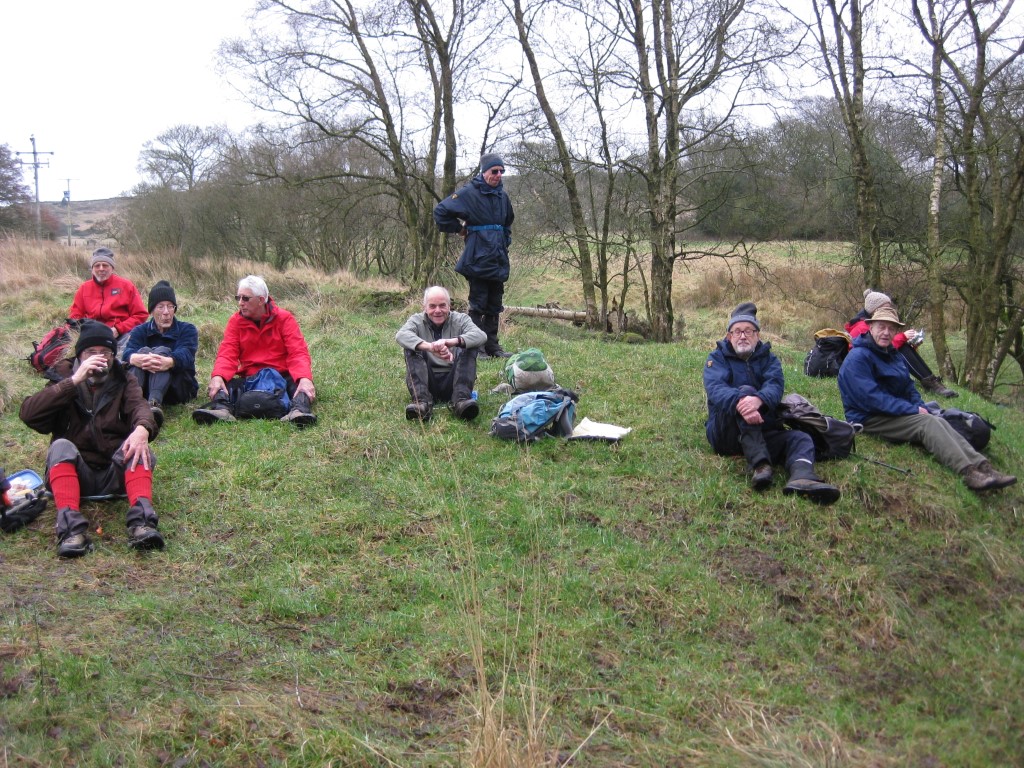 Nelson Pit Visitor Centre was built on the site of a former colliery with the assistance of a Heritage Lottery Fund grant, and opened in spring 1999. It is a popular place to start a walk, as it provides information and toilet facilities for visitors to the Middlewood Way, the Macclesfield Canal, and the surrounding countryside. 13 ECR members left here for our walk today. The weather was dull but dry. We accessed the Macclesfield Canal directly from the car park and walked in a northerly direction before leaving after the second bridge to do a complete U-Turn and walk via Middlecale Farm, Platt Woods Farms and Elmerhurst Cottage and entering Lyme Park. Our stay here would be brief. The estate is managed by the National Trust and consists of a mansion house surrounded by formal gardens, in a deer park in the Peak District National Park. The house is the largest in Cheshire, and is recorded in the National Heritage List for England as a designated Grade I listed building. From here we caught our first view of the Cage, which stands on a small hill with exceptional views over the surrounding countryside. Leaving the park, we continued along Red Lane and then picked up the Gritstone Trail, as we walked along a green lane, before crossing the Disley – Whaley Bridge Road and beginning our climb of Black Rocks, where we had our morning break. After coffee, we descended past the former Moorside Hotel, which is now a school for vulnerable children, on our way to Cornfield Farm and Sweet Hill. At the top of Sweet Hill, we could see Bowstonegate nearby. The Bowstones are a pair of Anglican cross shafts, situated beside the old ridge way between Disley and Macclesfield and are a scheduled monument. Leaving the Bowstones to the North, we continued via Dale Top and Blakestone Moor, passing a trig-point-like monument to the coal industry that was so prevalent here, to Keepers Cottage. At this point we had lost what views we had earlier, as the mist had descended. From here, we went via a small Methodist Chapel to Westpark Gate and then on, via a memorial plaque to Joyce Blanchard (a former ECR member, who died some 8 years ago) to re-join the Macclesfield Canal and made our way back to the cars. Some of the group were able to enjoy tea and cake at the Trading Post near to the car park.