The group gathered at Peacock Cottage.

On New Year’s Day East Cheshire Ramblers continued the tradition of, the now 19 year old, ‘Keith’s Sherry Walk’, so called because the walk was started by Keith Hartley in the year 2000 and he handed over the mantle to Melanie Davy and Lorraine Tolley in 2010.
The weather this New Year’s Day was glorious and 37 happy Ramblers enjoyed a 6 mile walk around Lyme Park. We started at Nelson Pit then entered Lyme Park by Haresteads Farm. We headed south through Hase Bank Wood and climbed up to Paddock Cottage. From there we followed Cluse Hey to Knightslow Wood and then continued eastward to Lantern Wood, over to the Cage then dropped down to Crow Wood and along to the timber yard. We actually retraced our steps via Haresteads Farm and back to Nelson Pit.
This year for a change we toasted the New Year at Paddock Cottage and Melanie pointed out that an avenue had been cut through the trees so from Paddock Cottage you can clearly see the Cage. Paddock Cottage is a Grade ll listed building which has recently been renovated. The Cage is also a Grade ll listed building and was erected in the mid 16th century as a hunting tower then rebuilt in 1733-75 as a three storey gritstone tower. Occasionally the Cage is open to the general public. The third major building in the park is The Lantern, another Grade ll listed building erected in 1729. It is now in Lantern Wood but originally it would have been open moorland.
For once we encountered very little mud but on the downside there many stiles. However there was lots of good humour and everyone agreed that it had been a very enjoyable experience. It’s now back to the drawing board to plan an equally enjoyable walk for next New Year’s Day. 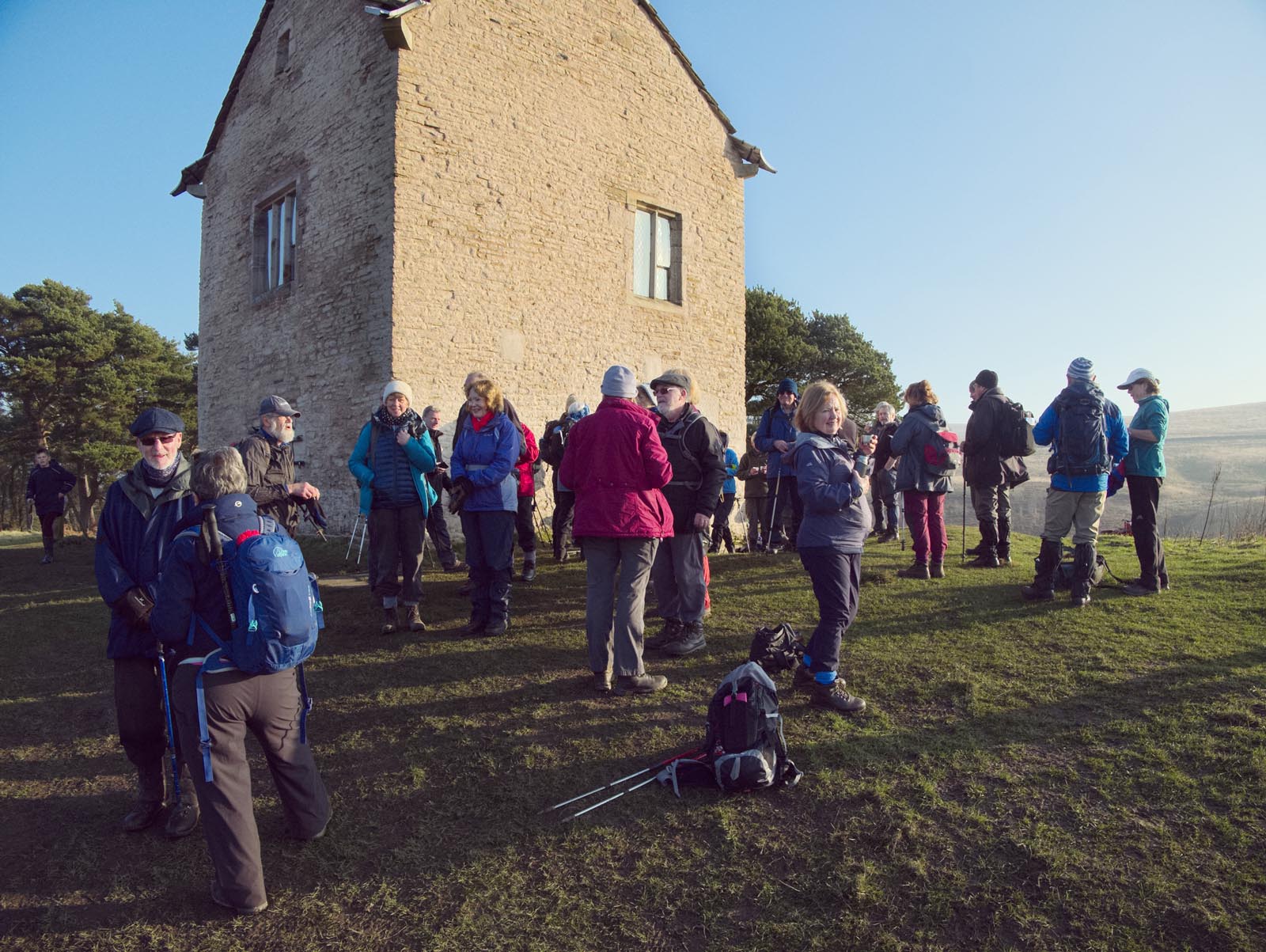 Toasting in the New Year at Peacock Cottage.