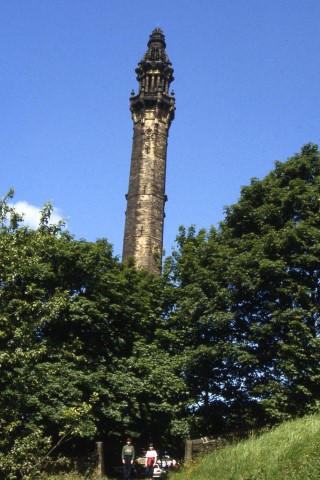 Wainhouse Tower which claims to be the ‘Worlds tallest Folly’.

It was a fine summer’s day for this walk starting out from Ripponden and led by Steve Hull. A small group of East Cheshire Ramblers set out by crossing the River Ryburn and making a steady ascent up onto Norland Moor which afforded some fine views over the surrounding countryside including to the objective of today’s walk, a visit to Wainhouse Tower.
The northern slopes of Norland Moor are one of best locations of a feature almost unique to Lancashire and upland Yorkshire. Lines of upright stones along some field boundaries are known in these parts as vaccary walls. In the thirteenth century numbers of vaccaries were carved out of the old private hunting chases of the nobility, who created them in an attempt to get some revenue back from their holdings. Vaccaries were small-scale commercial cattle farms – in places, as around Pendle (more famous for its witches) you can still see the big stone-slab walls that kept the cattle enclosed. The word comes from the medieval Latin vaccaria, derived from vacca, a cow. Vaccinate is closely linked, since that derives from the Latin vaccinus, of or from a cow, as cow-pox serum was used to protect people against smallpox.
Our walk continued via lanes and paths descending then ascending over the Calder Valley and the Calder & Hebble Navigation. After a stiff ascent we reached the Wainhouse Tower which today was open to the public. This building has the claim of being the world’s tallest folly at 275 feet tall and was built between 1871 and 1875. There are 369 steps to the lower of two viewing platforms. One driving force behind the erection of the viewing platforms was a long-standing feud between landowning neighbours John Edward Wainhouse (1817–1883) and Sir Henry Edwards (1812–1886). Edwards had boasted that he had the most private estate in Halifax, into which no one could see. As the estate was on land adjacent to the chimney’s site, following the opening of the viewing platforms, Edwards could never claim privacy again.
After stopping for lunch nearby, the return walk was along the canal towpath through Sowerby Bridge before following the former railway track bed of the Ripponden Branch Line which is now a footpath along the wooded valley of the River Ryburn to reach Ripponden. 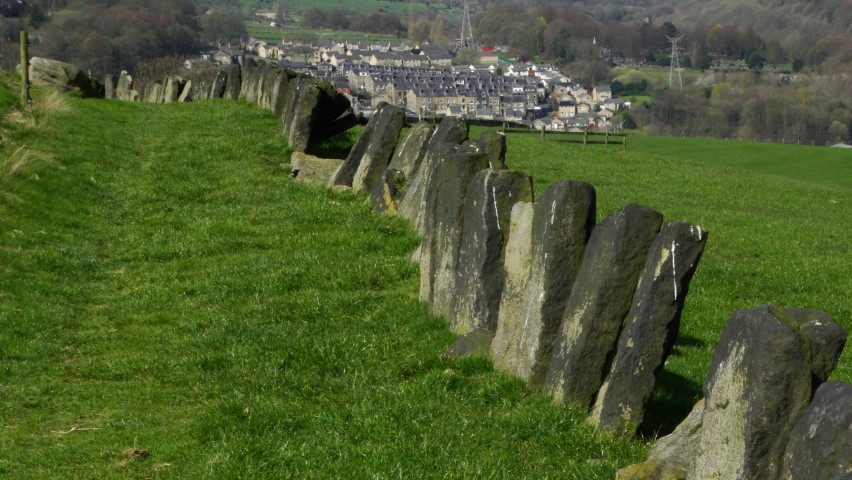 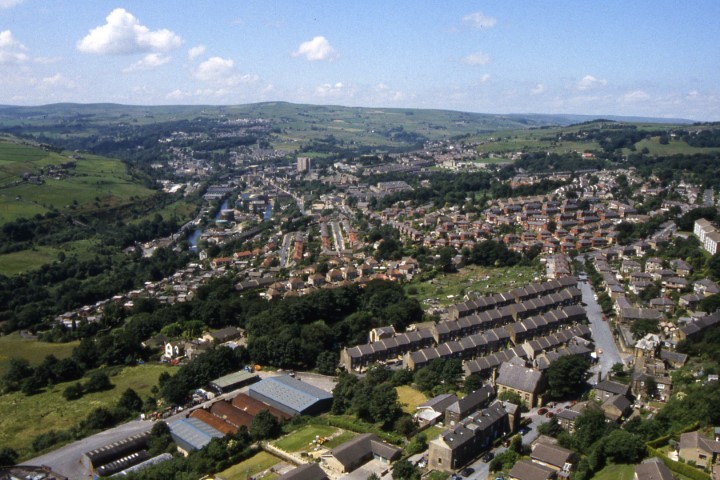 A view from the top of Wainhouse Tower towards Sowerby Bridge. 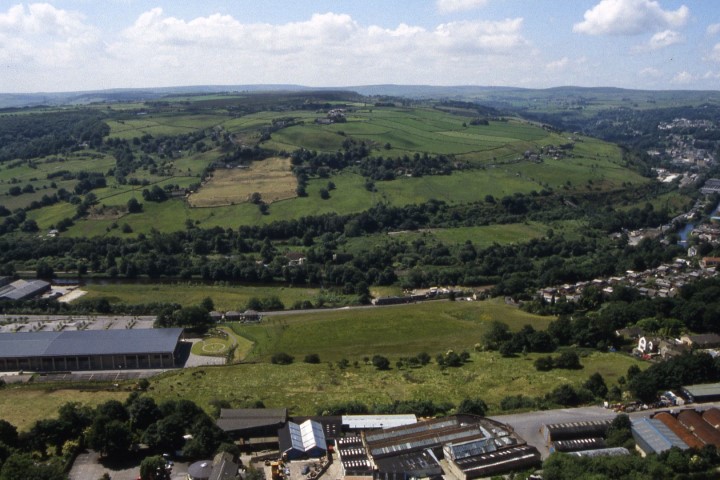 At the top of Wainhouse tower with a view across Norland Moor. 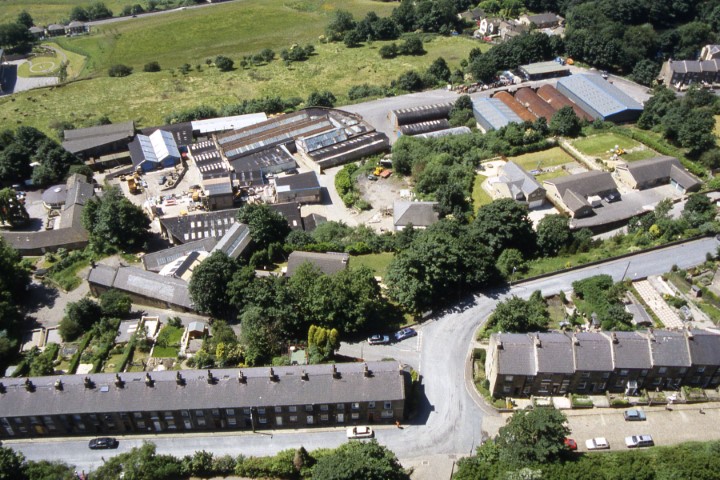 A view below, from the top of Wainhouse Tower.