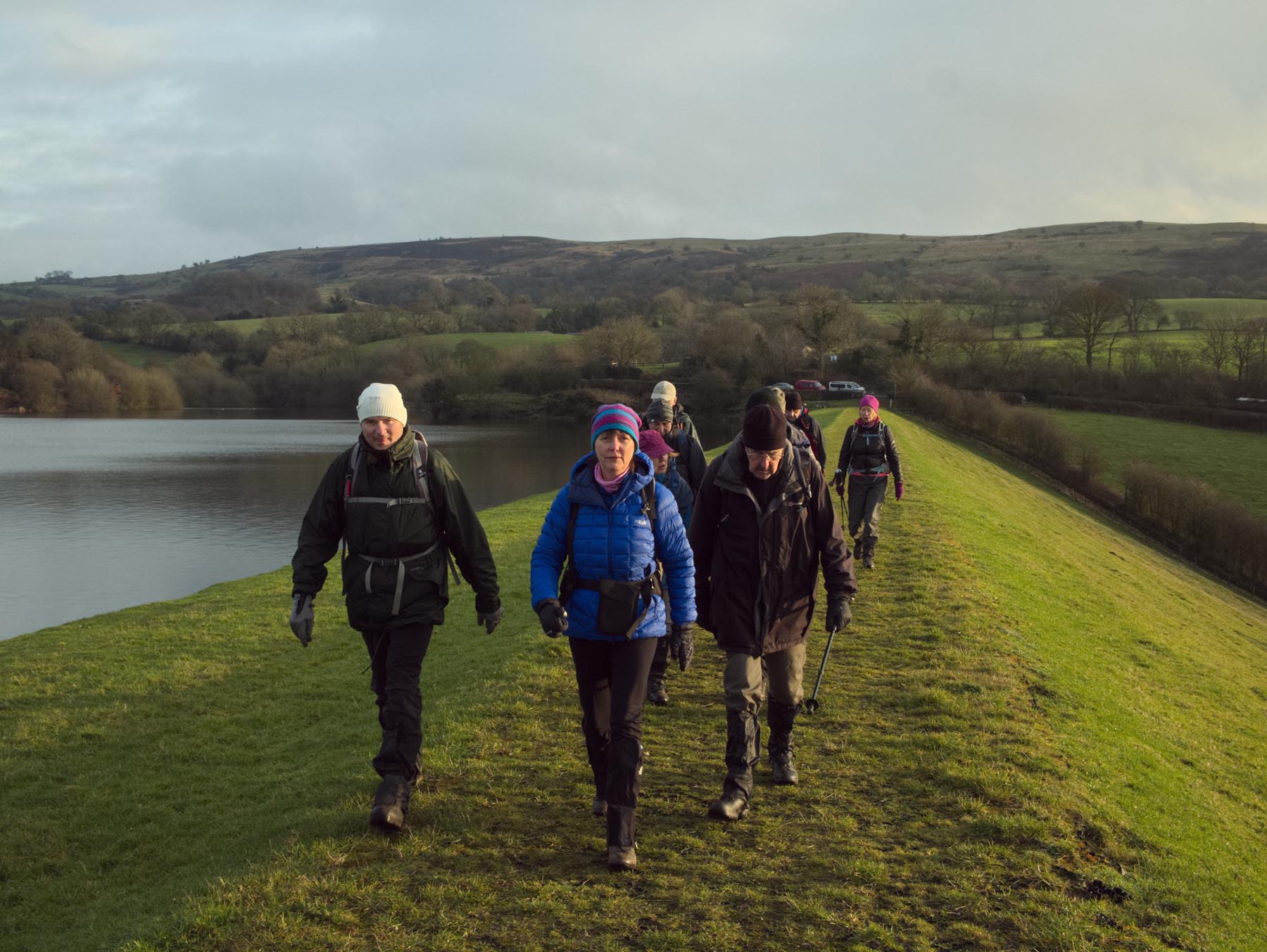 Crossing the dam at Bosley Reservoir at the start of the walk.

For the second East Cheshire Ramblers walk of the year, the starting point was the roadside pull in beside the dam at Bosley Reservoir. The walk started with favourable conditions with the sunlight over the water and on the surrounding hills. The path was followed along the top of the dam before descending to the village of Bosley. The secluded church in the village is Grade II listed and the greater portion of the church dates from 1777 and is built of red brick. Prior to this the church was a timber framed structure. The tower is much older and was built around 1500.
A further descent across field brought us to the Macclesfield Canal at the bottom end of the Bosley Locks. The flight of twelve locks raises the canal 36 metres and water is fed to the canal is supplied from a series of feeders from Bosley Reservoir and Sutton (Turk’s Head) Reservoir.
Leaving the canal we circled around to Stonyfold and taking a initially muddy path passing the Hollins. We briefly walked along a short stretch of the A54 before taking a path steadily higher via Fairyhough to the top of Croker Hill. The 238 foot high communication tower was built in the 1950’s but has a more sinister past as it was built to provide the UK and NATO with survivable communications during nuclear war.
Our walked continued over Wincle Minn following a very minor and little used road, and along this part of the walk we were rewarded with fine views across to Bosley Cloud and the Cheshire Plain and in the opposite direction to Shutlingsloe and the Roaches.
Much of this area is very well way-marked thanks to the efforts by a small army of volunteers who inspect and maintain the footpaths and erecting way-markers where necessary.