A coach load of ECR members enjoyed a coach trip to the Arnside area on Morecambe Bay on a rainy day in June. Despite a dire forecast the rain never amounted to much more than a heavy drizzle and had almost stopped by the time we set off back home.
The day got off to an unusual start when we stopped to pick up one of our members in Macclesfield and had to repel boarders who had mistaken our coach for theirs and were insistently trying to join us. We shall never know if they would have enjoyed a day walking in Cumbria.
All three of our walks ended by walking over Arnside Knott and down into Arnside village. There were surprisingly good views of the Kent Estuary and the southern Lake District from the top. One disappointment was that the promised stop for ice cream before the ascent was not possible because the tea shop was closed: perhaps the weather was too bad for even hardy Cumbrian farmers.
The short walk was led by Ruth Harrison and started a mile or so along the coast from Arnside at Sandside heading inland through the village streets and over fields to the peel (or pele?) tower at Hazelslack. The route then took us round Silverdale Moss across surprisingly dry fields to a pleasant walk through woodland to the ruin of Arnside Tower and its closed café. This led to the only serious ascent of the day through the woods surrounding the Knott. The Knott has superb views over the estuary, the Lakeland hills and back towards the Tower. The walk finished with a descent to Arnside and its welcoming cafés, most of which were actually open. 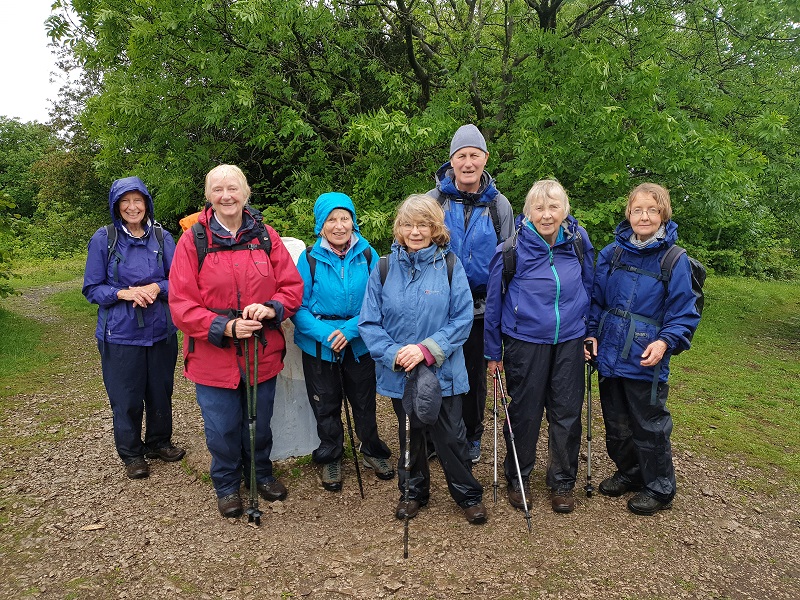 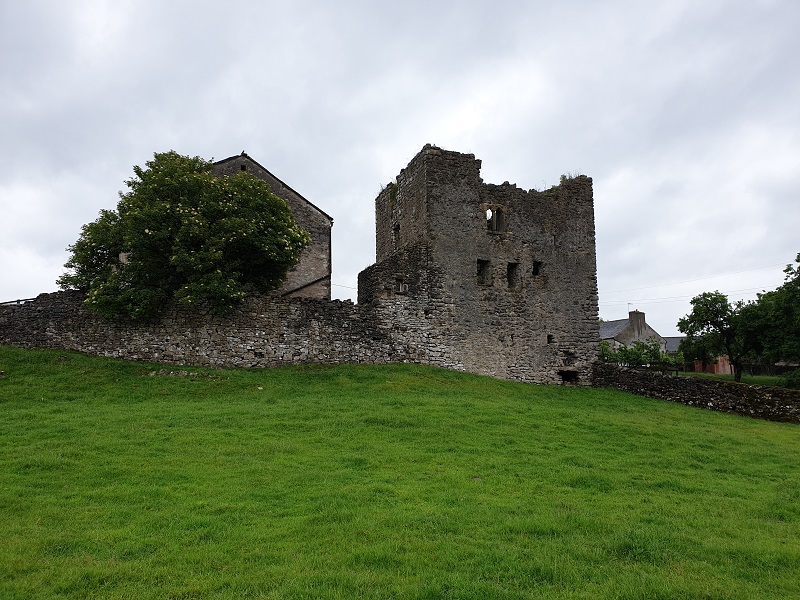 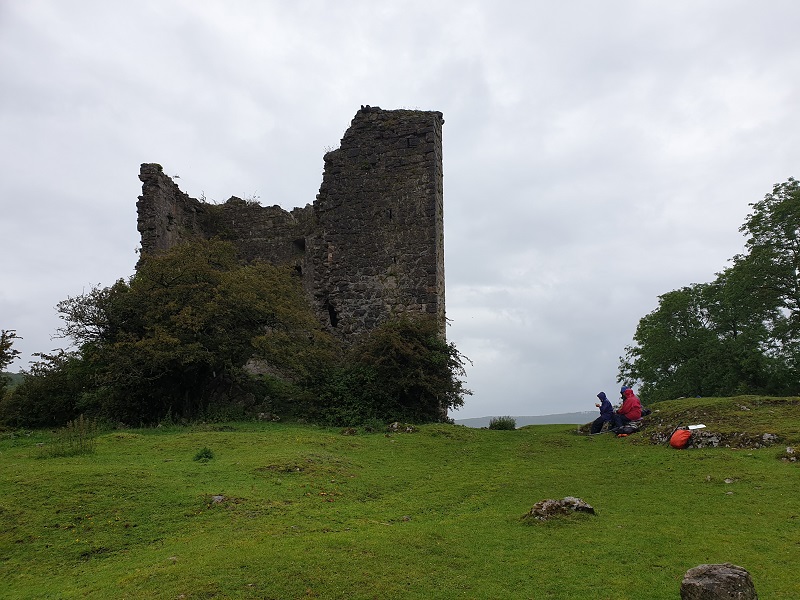 The medium walk was led by Steve Hull and started near the fire station in Milnthorpe walking across a playing field by the River Bela to avoid the narrow village streets. We made a sharp turn to cross the river near to Dallam Tower (another peel tower) and then walked across the deer park with its many deer calves. After passing a deer shelter and two mills – one for making specialised paper and one an ancient corn mill – we took a path overgrown cow parsley which proved to be the wettest part of the day. The route then went up through woods to the Fairy Steps. None of our party took up the challenge of descending the steps. The descent to Hazelslack was taken slowly across slippery limestone where we joined the route of the short walk. We followed that route until Arnside Knott, from where we descended to walk along the coast for the last half mile into Arnside. On top of the Knott we heard the siren warning of the approaching bore across Morecambe Bay which can be very dangerous for the unwary. 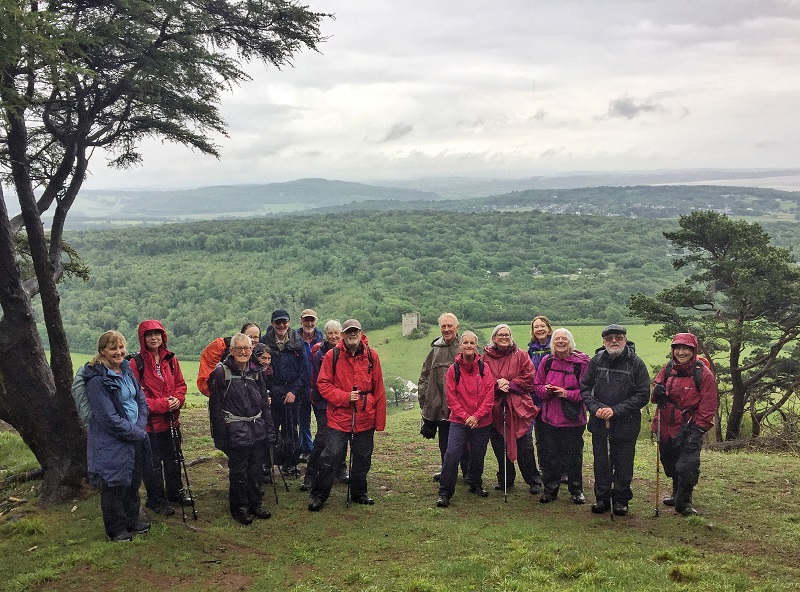 Medium walkers on Arnside Knott with Arnside Tower in the background 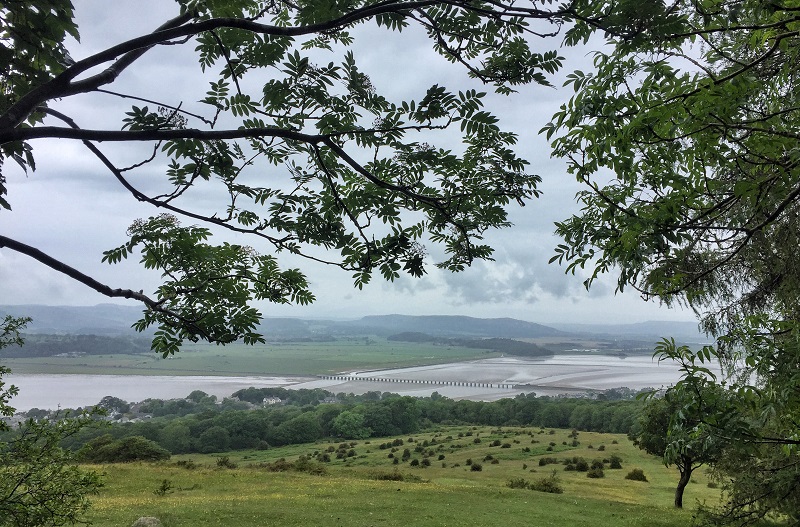 Arnside Viaduct from the Knott
The long walk, led by Colin Park,started close to Carnforth station where the 1945 film ‘Brief Encounter’ was filmed and then proceeded via Warton village with its ruined old rectory to Warton Crag which with its wooded limestone country required some complicated navigation. From the crag the walk continued through Leighton Moss Nature Reserve down to the coast at Crag Foot and then along the coast via Jenny Brown’s Point and Jack Scout to the west of Silverdale. After taking the coast route round Arnside Park the party ascended Arnside Knott and so back to the coach at Arnside. 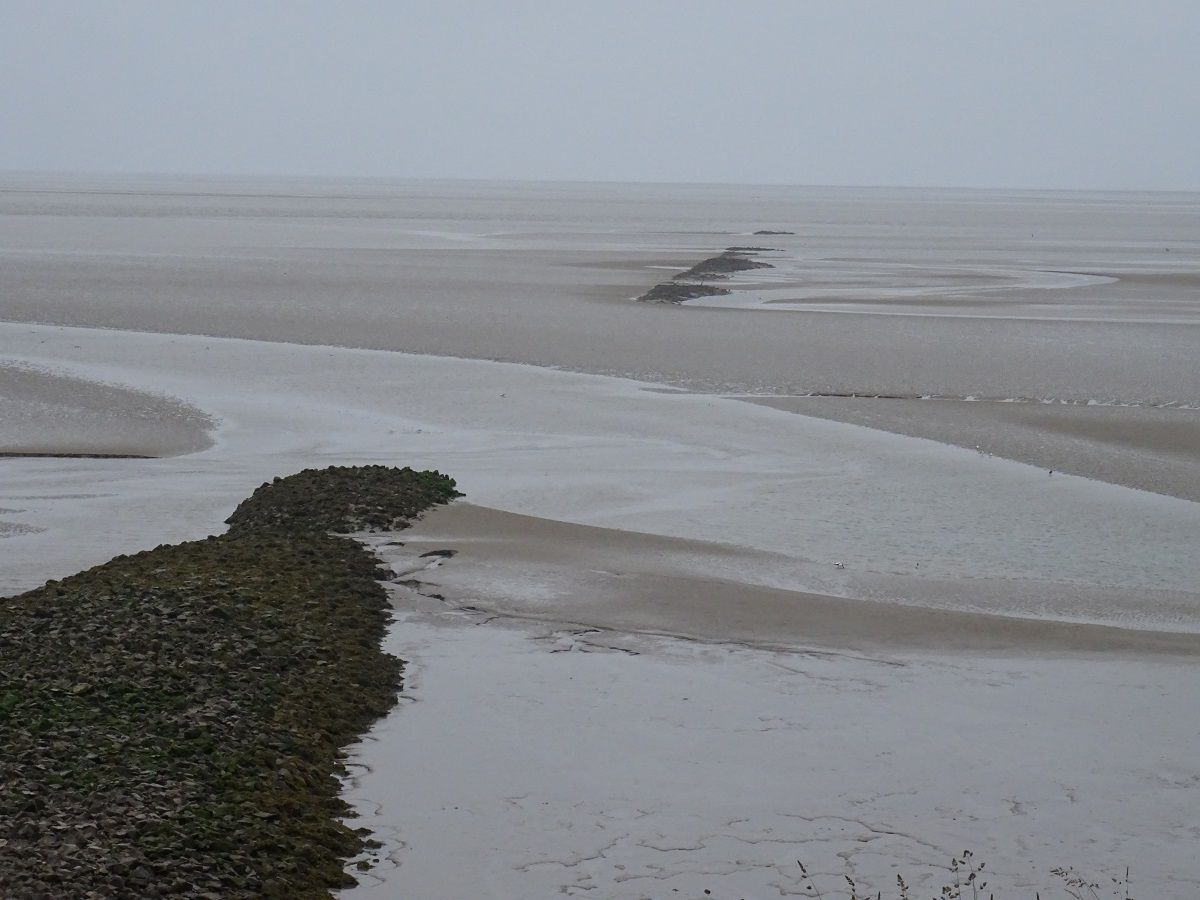 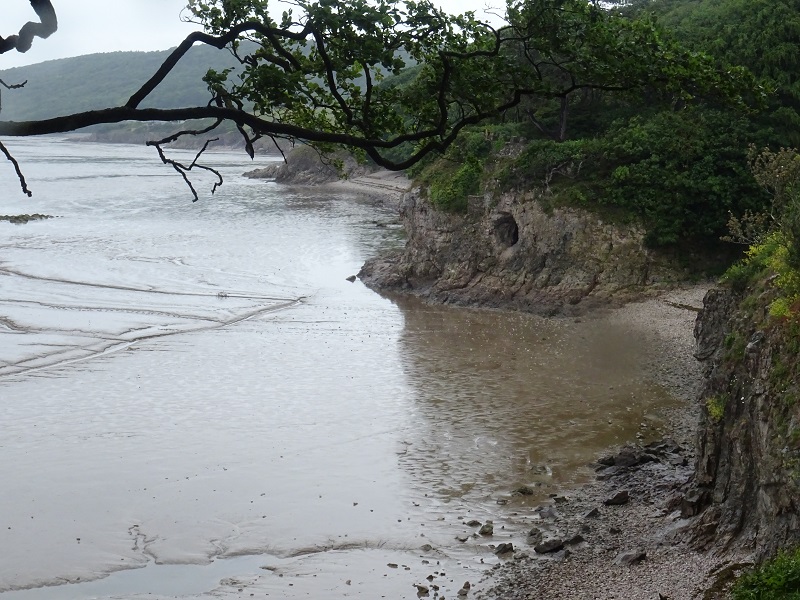