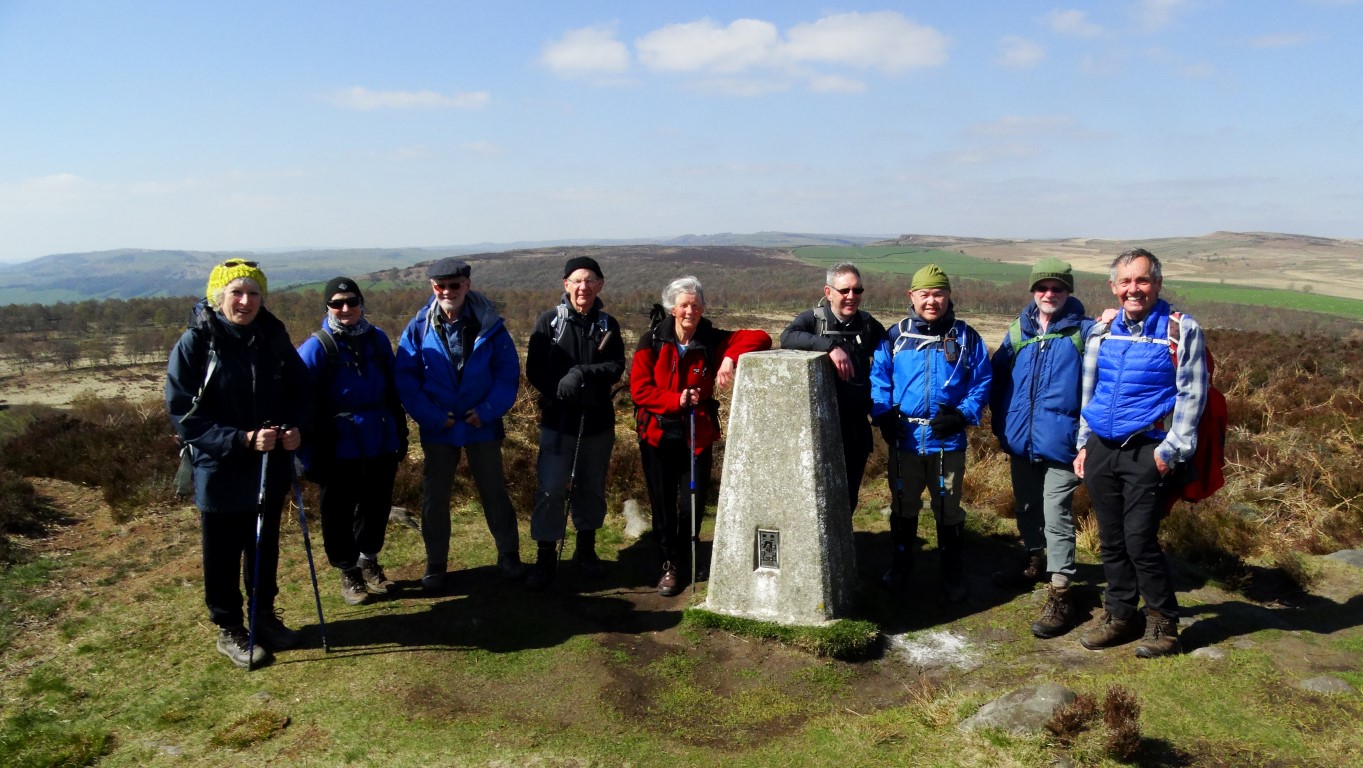 With the promise of a reasonable day it was somewhat of a shock as arriving at Curbar Gap Car Park we were greeted by a biting and raw easterly wind.

We set out by heading north on what was to be a walk along ‘five edges’ and first of all we followed Curbar Edge for nearly a mile before descending and doubling back below the cliff face. At Warren Lodge we took the lane downhill for a short distance then took paths around the southern side of Curbar village passing on the way the converted ‘lock-up’ which dates from 1780 and was used as a local gaol.

After stopping for a morning break we continued via Gorsebank Lane to reach Baslow where we took a path down to cross the busy A619 close to the Cavendish Hotel. We were soon in Chatsworth Park entering via the unusual Cannon Kissing Gate. We ascended across the park entering woodlands at Dobb Edge. At the top we turned sharp left to follow the concessionary path along the ridge and later at a sheltered spot behind a high wall we stopped for our lunch out of the wind.

For the afternoon leg of the walk in which the sun made more of an appearance, we continued on the concessionary path to the A619 and crossed to the Robin Hood Public House before making our way up onto Birchen Edge. We paused briefly by the ‘Three Ships’ – three rock outcrops where the names of ships that Horatio Nelson served on are engraved into the rock face. The three names are Soverin, Defiance and Victory. Nearby is Nelson’s Monument which was originally erected in 1810 by John Brightman, a Baslow man. Reaching the trig point we took a un-defined path to the less known Gardom’s Edge. From here we headed northeast to reach the crossroads of the A621 and Clodhall Lane.

Heading west next we made for the Wellington Monument which was erected by a local man called Doctor Wrench who felt the need to counterbalance the memorial dedicated to Admiral Nelson on nearby Birchen Edge. Heading back towards the cars we took the path north soon passing the gritstone outcrop known as Eagle Stone rather than follow the edge itself. This lone boulder is quite a landmark and historically, an ascent of the stone was a rite of passage for the young men of Baslow who were suppose to climb the stone before proposing marriage to a local maiden. The day finished with a visit to the tea room at the Derbyshire Craft Centre. 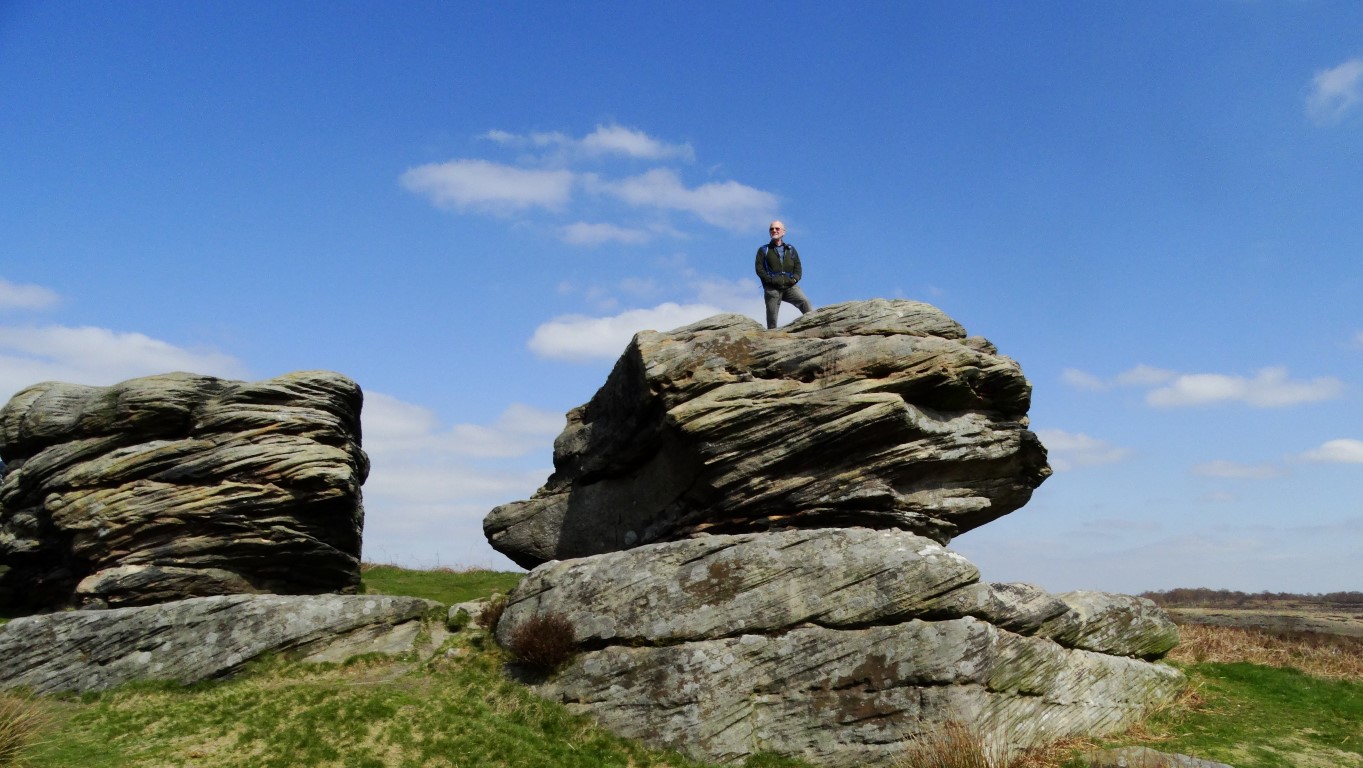 ‘I see no ships’. Graham conquers one of the Three Ships on Birchen Edge. 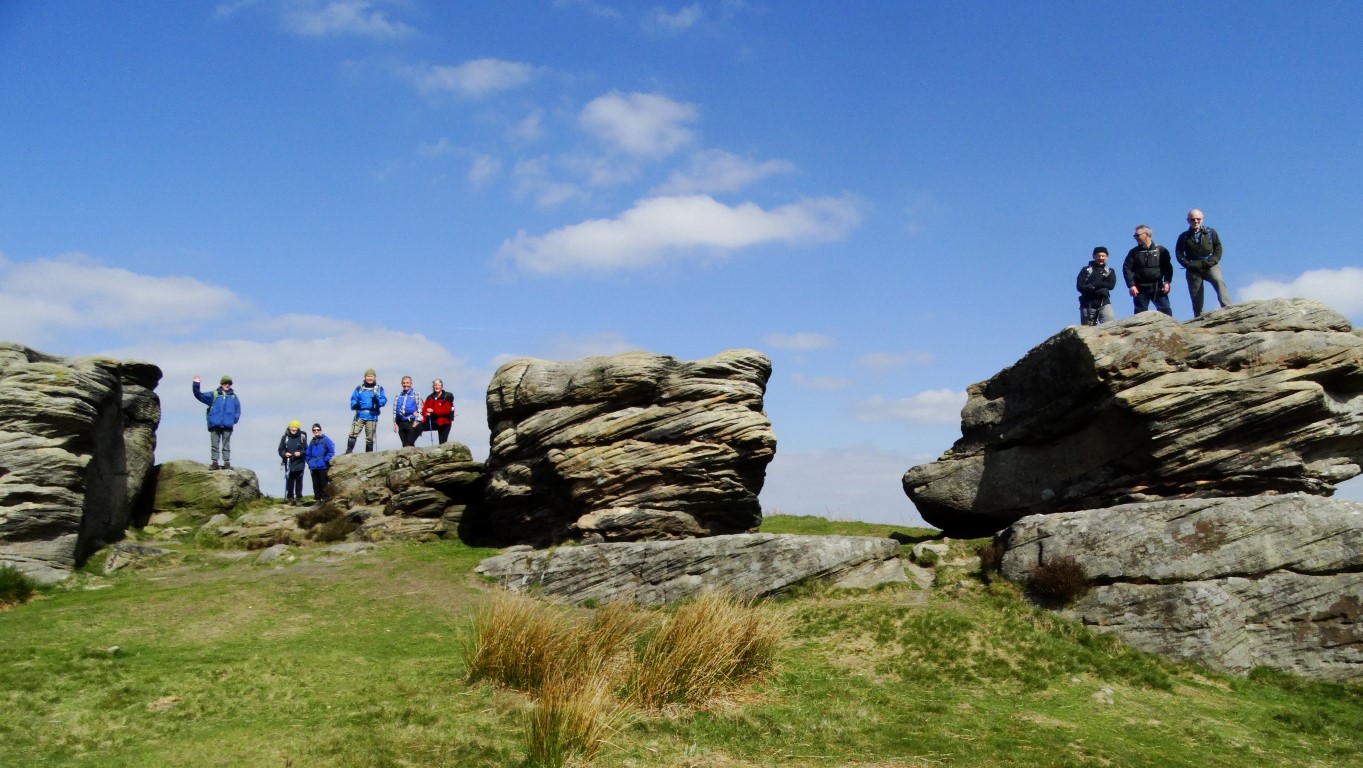 ‘The crew’ at The three Ships Birchen Edge. 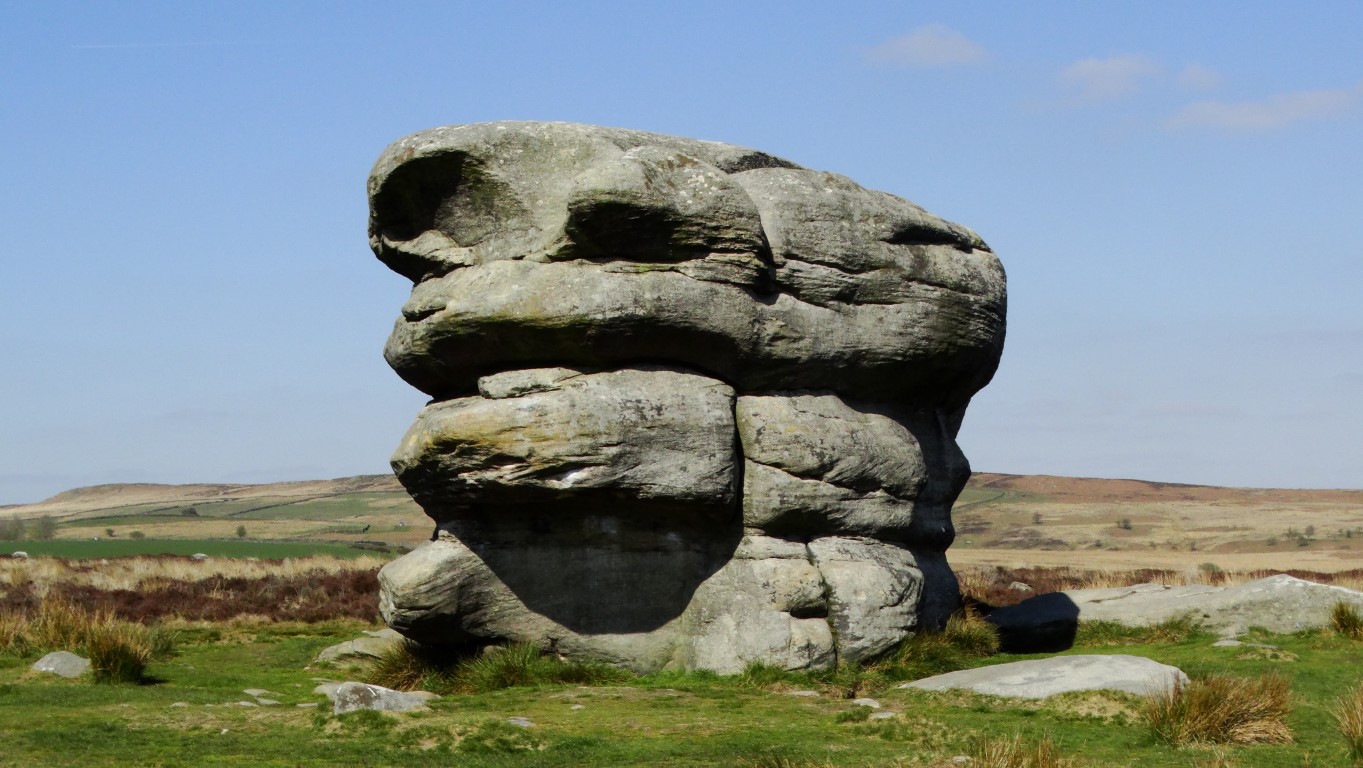 The Eagle Stone on Baslow Edge. a lone monolith and landmark in the area.